A human economy for women and men

How can we build an economy that works for everyone? Fenella Porter explains why in order to conceptualise a truly ‘human’ economy we need to look at inequalities of gender as much as inequalities of wealth.

If the world turned upside down and we replaced all the women with men, and all the men with women, we still wouldn’t have gender equality. 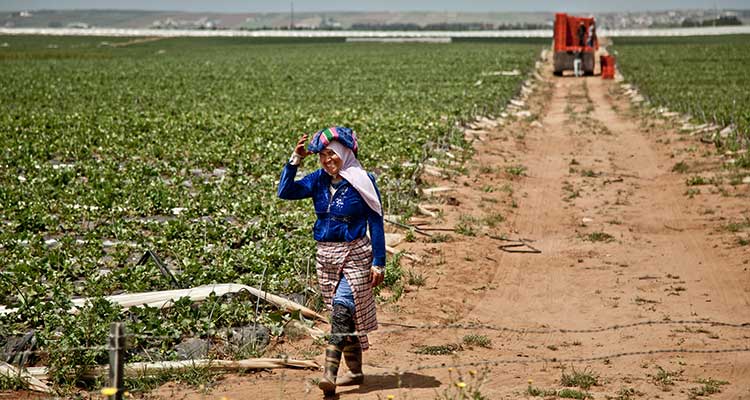 What does economic empowerment look like and how can it be achieved? Vincent Trousseau looks at examples from Oxfam’s programmes in Zambia and Morocco and introduces our new conceptual framework.

What is women’s economic empowerment?

Trends on WEE: addressing systemic barriers, the new world of work and evidence of impact

The recent WEE Global Learning Forum was a unique opportunity to explore the trends on WEE and to learn from innovative initiatives implemented by development actors. This article gives some insights on our take-aways from the event!

Systemic barriers, including social norms freezing the expected roles of women and men, were high on the agenda and there appeared to be consensus amongst…

Facilitated by Oxfam and the SEEP Network, the Practitioners' Learning Group (PLG) on Shifting Social Norms in the Economy at Scale aims to better understand how to address social norms in the economy and create change at scale.

During the recent WEE Global Learning Forum, initial insights were shared with a wide audience during a particularly well attended session articulated around the following…

How do we measure women’s empowerment?

Empowering women and supporting gender equality is the stated aim of many development projects. Often these projects are asked to monitor and evaluate the extent to which their work is contributing to achieving greater empowerment, but there is little guidance on how to do it. In this blog Simone Lombardini presents a new guide to measuring women’s empowerment in Oxfam projects, developed through five years of impact evaluations.

Addressing non-market constraints for sustained WEE - A theory of change

In her opening keynote to the WEE Global Learning Forum, Prof. Naila Kabeer, Professor of Gender and Development at the Gender Institute of the London School of Economics, presented a theory of change for sustainable women’s economic empowerment.

In this short interview, Prof. Naila Kabeer explains how this theory of change should address structural barriers, and provides some insights on how to translate this into a programmatic approach.…

Covering around 30 projects, the review provides great insights in the kinds of approaches Oxfam is taking within its programmes to improve women’s livelihoods, wellbeing and realise their…

Interview with winners of the WEE Leadership Awards

On 8th March, Winnie Byanyima announced the winners of the WEE Leadership Awards, an event organised by Oxfam’s Knowledge Hub on Women's Economic Empowerment (WEE) in Agriculture to recognise staff members from across Oxfam and partner and community organisations who have shown exceptional championship of WEE.

Aida Zubčević, M.B. Akhter and Eaetemad Rafallah Abdallah have kindly accepted to share with us what…

Why men matter in closing the caregiving divide

The involvement of men and boys is a prerequisite for shifting social norms around unpaid care work. Jane Kato-Wallace, Senior Program Officer at Promundo-US, highlights the implications for organizations addressing the caregiving divide.

The unpaid care work divide represents an enduring aspect of gender inequality where men are expected to be the breadwinners while women are responsible for care and domestic work. One of the reasons is because…

Women's economic empowerment is an issue that is gaining an increased amount of attention, yet it still seems to be an increasingly distant goal. Here Francesca Rhodes looks at three key changes needed to address a broken system.

Around the world, women are disadvantaged compared to men across virtually every economic measure and are more likely to live in poverty. On average they are less likely to be in paid work, and when they are, earn less…

Oxfam’s engagement at the Commission on the Status of Women

The Commission on the Status of Women (CSW) is the global policy making body concerning women’s rights and gender equality issues. Francesca Rhodes and Vincent Trousseau explore how and why it represents a unique opportunity to influence governments to take bold action.

What the Commission is   and what it means to Oxfam

Women’s Economic Empowerment (WEE) is an integral part of…

As an extension of the activities of its GROW campaign, Oxfam and the other campaign members have supported the creation of a gender group affiliated to the Economic Community of West African States (ECOWAS) to influence investment policy in the farming sector to the benefit of women and girls. In this interview, Imma de Miguel, Head of the Economic Justice Campaign, reflects on the group's formation and the successes it has notched up.…

Everyday Heroes in the Spotlight

This project aims to empower women and men in their self-learning and monitoring process for further changes in gender and power relationships in shrimp, pork and chicken value chains through creating stories by reflecting on their empowerment process through GALS…

Armenia’s economy is suffering from a severe crisis that is causing a decline in agricultural productivity and wages, lack of access to affordable loans, inputs and markets. This unfavourable setting is affecting in particular smallholder farmers from remote rural communities where the harsh changes on weather conditions are strongly impacting the…

Unpaid care work and ' Time Poverty' are increasingly recognised as relevant to development efforts, and interest in measuring time-use data is growing. However, gathering information on time use is not easy; time-use modules are known for…